Order today
for delivery on Tuesday

Everything about the Xiaomi Redmi 9C 64GB Blue

In the summer of 2020, Xiaomi announced the Redmi 9C. This is an affordable phone in the budget segment. Don't want to spend too much money on a new smartphone? Then this Redmi 9C might be something for you.

For example, this Xiaomi phone has a large 5000mAh battery, which you don't often see in this price category. The display is 6.54 inches and has an HD+ resolution. On the back there are three cameras and a fingerprint scanner. Besides that, the 9C has a dualSIM, a microSD slot, USB-C port, and 3.5mm audio port.

Triple camera on the back

Xiaomi has equipped the Redmi 9C with three cameras on the back, which you can use in different situations. The primary 13-megapixel camera is used for normal photos and videos. Filming is possible in maximum full-HD resolution; 1080p. The flash can be used in low-light situations or as a torch.

The Xiaomi Redmi 9C features a large 6.54-inch display. Images are displayed in high quality thanks to a display resolution of 1600 by 720 pixels, this is HD+. It is a pleasant size for series, games, and social media. The selfie camera is incorporated in the notch at the top.

With the Redmi 9C you don't have to worry about an empty battery. For example, you can watch videos non-stop for up to 21 hours. Of course the battery duration varies per person and depends on settings and use. Charging is reasonably fast with 10W via the USB-C port.

The Xiaomi Redmi 9C has been released in several storage variants, so you can purchase this device with 32GB or 64GB of storage space. The operating system takes up a small part of the internal storage. If you need more storage space, insert a memory card into the microSD slot.

Space for two SIM cards thanks to dualSIM

The Xiaomi Redmi 9C is a dualSIM phone. This makes it possible to place two SIM cards at the same time. So you have one phone and can be reached on two numbers. This makes it easy to keep work and private life separate. Extra useful: you can use both a microSD card and two SIM cards.

With normal use, we guarantee that your phone will work properly throughout the full warranty period. If something goes wrong, Gomibo.co.uk and Xiaomi will make sure to help you out!

How do repairs at Xiaomi work?

Show all accessories for the Xiaomi Redmi 9C 64GB Blue

Accessories that go with the Xiaomi Redmi 9C 64GB Blue Show all accessories for the Xiaomi Redmi 9C 64GB Blue 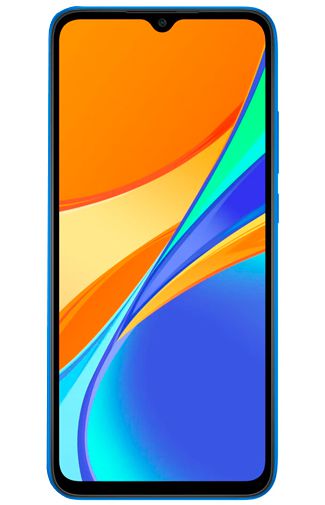